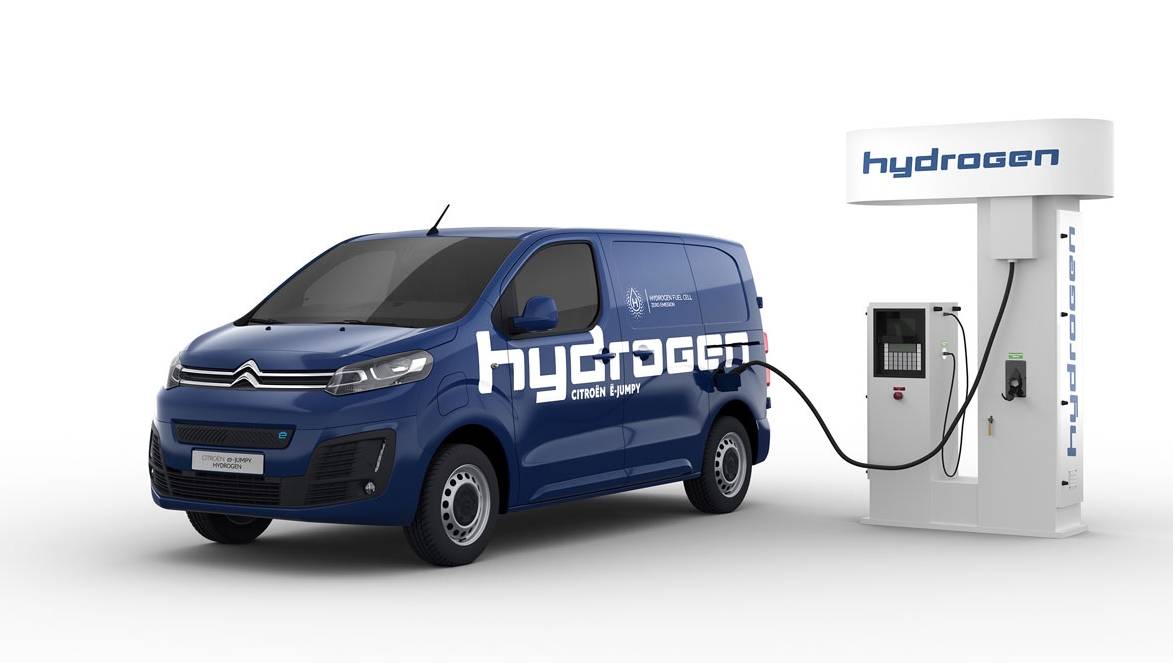 The new Citroën e-Jumpy Hydrogen, which is similar in mechanics to models already unveiled by Opel and Peugeot, will go on sale at the end of the year.

Timing or deliberate action is possible. While Renault has formalised the creation of the Hyvia , its joint venture with Plug Power on Thursday 3 June , Citroën has strangely chosen the same to present its very first hydrogen-powered SUV.

Technically, the new Chevron model doesn’t offer any major surprises. Equipped with an architecture identical to that of the Opel Vivaro-e Hydrogen and the Peugeot e-Expert Hydrogen, it inherits the plug-in hybrid configuration. The battery pack, limited to 10.5 kWh, is complemented by three 700 bar hydrogen storage tanks and a 45 kW fuel cell. The unit is powered by a 100 kW electric motor. The latter is mainly powered by the battery, with battery energy being used only when necessary. For example, during heavy acceleration.

A full ‘tank’ in three minutes

M (4.95m) or XL (5.30m)… The Citroën e-Jumpy Hydrogen will be available in two sizes. Assembled in a basic version at SevelNord, it will then be fitted out in Rüsselsheim, Germany, home of the Stellantis Group’s hydrogen expertise centre.

Deliveries of Citroën’s new hydrogen SUV, intended for fleet vehicles, will start in the autumn. Its prices have not yet been announced, but they should be higher than the electric version, starting at €43,000 in the base version.