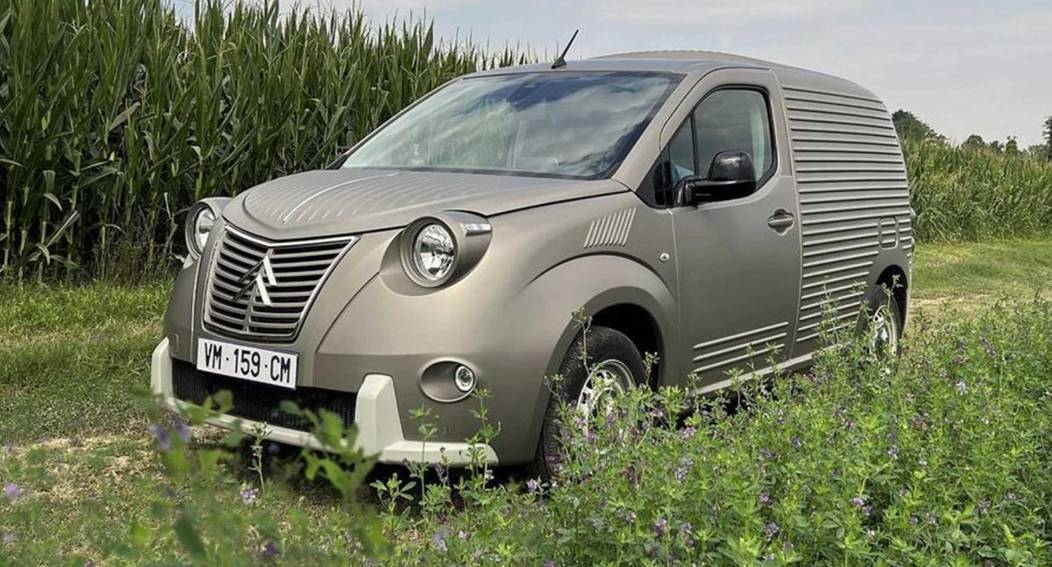 Ah, Fourgonnette, that already sounds very romantic. Just like Deux Chevaux. Put the two terms together and you almost imagine yourself on a rug in the wine region with a French beret on your head. Oui. For the French themselves, it’s all a lot less romantic. ‘Fourgonnette’ simply means delivery van and ‘2CV’ was simply the indication of the fiscal horsepower. The 2CV Fourgonnette is now returning as a modern delivery van based on the Citroën Berlingo.

It is not Citroën that comes with a modern Fourgonnette, but the Italian Carrosserie Caselani. Under license from the French brand, they convert the Berlingo with new sheet metal. They did that before with the Citroën Jumper, which was transformed into the HY, and with the Jumpy, which became the HG. As with the previous models, the Berlingo gets round headlights, a large Citroën grille and a corrugated iron motif.

The price of the Fourgonnette is not yet known.

The company is not yet very generous with the information, but the three photos that the bodybuilder put on the internet already create a nice picture. They probably don’t do anything to the Berlingo mechanically. Unfortunately, the rear-opening front doors of the 2CV Fourgonnette also appear to be missing. It is not yet known what the conversion to Fourgonnette will cost.