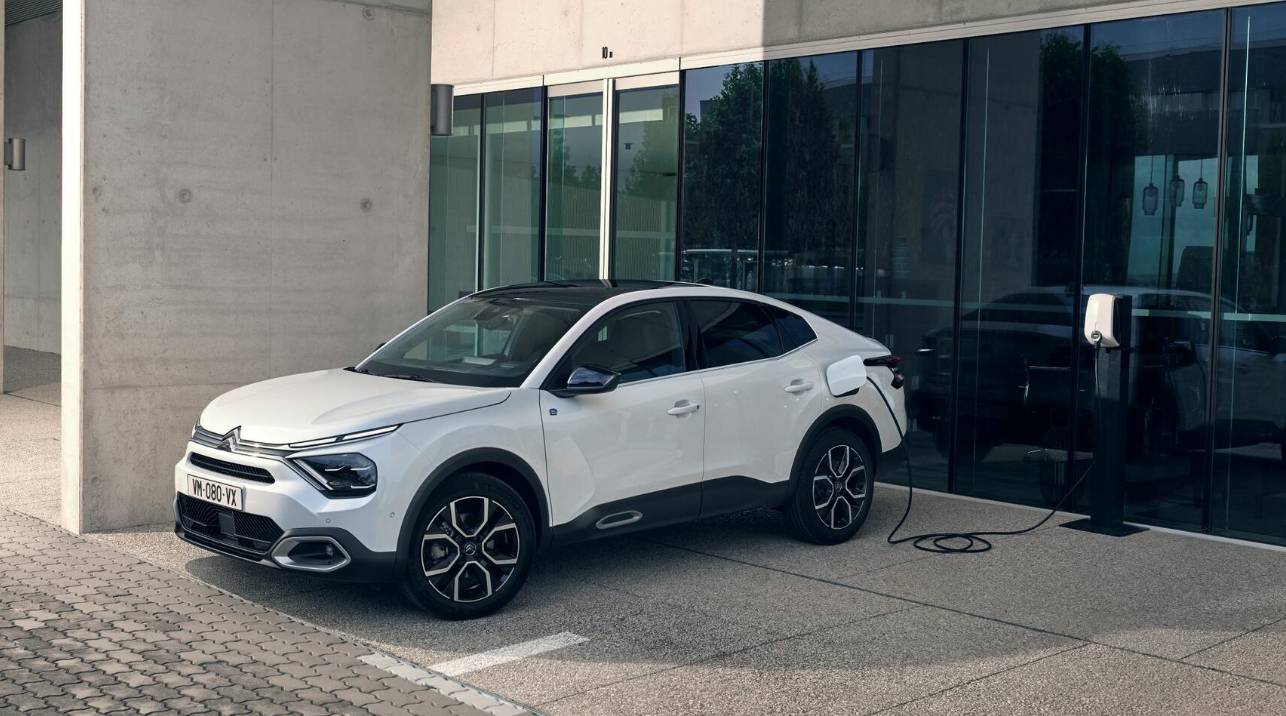 Citroën is expanding its range of purely electric cars and is providing a notchback version of the five-door e-C4. It should also appeal to SUV fans.

A car with a classic notchback has long been considered a discontinued model. At least in the compact class, in which bestsellers like the VW Golf are on the road. The upward swinging tailgate has prevailed over the separate trunk with smaller access. Models like the VW Jetta are no longer available in Germany and the Audi A 3 sedan also leads a rather shadowy existence in its home country. Nevertheless, Citroën now wants to herald the renaissance of this design, which is only popular in higher classes. And reaches into the bag of tricks for this.

On the one hand, the e-C4 with the suffix “X” is an electric car and can only be ordered as such in Germany. However, the French have their sights set on SUV buyers and have given the 4.60 meter long four-door vehicle ample ground clearance of almost 16 centimetres. SUV attributes can also be found in the striking front end, the side planking and the surrounds of the wheel arches. The roofline slopes gently rearward from its highest point at the center of the front side windows. That could also bring sports-oriented coupé fans on board. The downward movement ends abruptly at the top edge of the boot access. When opening, the rear window does not swing up.

Citroën boss Vincent Cobée explains that customer requests were the reason for the newcomer. “Many of them have told us that they want an affordable, elegant alternative to the many hatchbacks and SUVs in the compact class.” And that probably also means that the 510-liter trunk is clearly separated from the passengers and from cannot be seen from the outside. The rear seats can be individually folded forward to load longer items to be transported.

The e-C4 X towers over its hatchback sister model without the “X” by 24 centimeters. “We wanted more length to offer the rear passengers more comfort and a very large trunk volume,” says Citroën design chief Pierre Leclercq. “We’re also meeting the needs of customers who want a more traditional luggage space without the car looking boxy or clumsy.” Almost 20 centimeters of space between the kneecap and the back of the front seats. Values that could also make the e-C4 X interesting as an electric taxi.

The long e-C4 X adopts the technology from the shorter model. The basic data is identical for almost all e-models from the Stellantis Group: 50 kWh battery, electric motor with 100 kW/136 hp, range of around 360 kilometers, fast charging option at a 100 kW column. The technology package has already proven itself in many models from Peugeot and Opel. In addition, there is a long list of assistance systems such as an active safety brake, which also reacts to pedestrians, cyclists or other cars at night. For example, a distance radar with stop-and-go function, lane departure warning and blind spot assistant, a head-up display or a reversing camera with a 360-degree bird’s-eye view are also available. In addition, there are all the systems that are popular today in compact vehicles from all manufacturers. An interface with Citroen’s own app ensures networking with the digital world.

The new e-C4 X should be available from dealers at the beginning of next year. Anyone who, despite the turn of the century, prefers to have their Citroen powered by classic petrol or diesel combustion engines will have to get their supplies in France or Spain. The notchback SUV coupés can also be ordered there with an exhaust.